Could Papaya Leaf be a Cancer Treatment?

A study conducted by University of Florida researchers Dr. Nam Dang and colleagues in Japan have documented papaya’s dramatic anticancer effect against a broad range of lab-grown tumor powerful anti-cancer properties and impact against numerous lab-grown tumors, including cancers of the cervix, breast, liver, lung and pancreas – and without the negative consequences of chemotherapy. The researchers used papaya leaf extract for the study conduction, with the anti-cancer effects being even stronger with a larger dose of the extract. What’s more, the extract can be taken for an extended time without side effects.

In a paper published in the Journal of Ethnopharmacology, Dang and his colleagues also documented for the first time that papaya leaf extract boosts the production of key signaling molecules called Th1-type cytokines, which help regulate the immune system. This could lead to therapeutic treatments that use the immune system to fight cancers, they said the journal released on February 17th, 2010 by the university.
One may ask, what exactly does papaya leaf extract do in order to stop and slowly reverse malignancies? Dr. Dang and his colleagues tried to find out. When they focused on a T-lymphoma cancer cell line they discovered the compound’s ability to cause malignant cells to perish, while leaving healthy cells unharmed.

This had already been previously confirmed in a study conducted by several research scientists at the Advanced Clinical Research Center of the Institute of Medical Science at the University of Tokyo Japan, and published in 2009. This group of research doctors observed significant growth inhibitory activity of the Caraica Papaya extract. Which lead them further to conclude that, “Papaya leaf extract may potentially provide the means for the treatment and prevention of selected human diseases such as cancer, various allergic disorders, and may also serve as immuno-adjuvant for vaccine therapy.”

The success of the papaya extract in acting on cancer without toxicity is consistent with reports from indigenous populations in Australia and his native Vietnam, said Dang, a professor of medicine and medical director of the UF Shands Cancer Center Clinical Trials Office.

"Based on what I have seen and heard in a clinical setting, nobody who takes this extract experiences demonstrable toxicity; it seems like you could take it for a long time — as long as it is effective," he said.

Researchers exposed 10 different types of cancer cell cultures to four strengths of papaya leaf extract and measured the effect after 24 hours. Papaya slowed the growth of tumors in all the cultures.

To identify the mechanism by which papaya checked the growth of the cultures, the team focused on a cell line for T lymphoma. Their results suggested that at least one of the mechanisms employed by the papaya extract is inducing cell death.

In a similar analysis, the team also looked at the effect of papaya extract on the production of antitumor molecules known as cytokines. Papaya was shown to promote the production of Th1-type cytokines, important in the regulation of the immune system. For that reason, the study findings raise the possibility of future use of papaya extract components in immune-related conditions such as inflammation, autoimmune disease and some cancers. 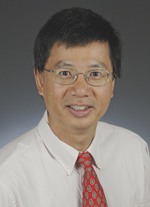 Dr Nam Dang holds both the degrees of an MD and PhD. He is a board certified oncologist, Professor and Deputy Chief of the Division of Hematology and Oncology, as well as Director of the University of Florida Shands Cancer Center Clinical Trials Office.